Palais F, des Festivals – Market screening on Tuesday 24 May at 1.45 p.m.
Ready to vibrate, cry, and at times hide your eyes?! In Cannes this year, the traveling Corsican festival “Les Nuits Med di u Filmu Cortu”, the Cullettività di Corsica and France Télévisions are offering, for the first time, a selection of Corsican short films at the Film Market.
Dive into the heart of the preparations for the SCB-OM match, hunting with Jean-Philippe Ricci, in the footsteps of a migrant in Ajaccio or dancing at a village ball with :
With these four projects, all of which have benefited from the support of Nuits MED, you will travel to insularity and its cinema. Only on reservation and on presentation of the accreditation allowing access to the Palais F, des Festivals.
An appointment not to be missed ! 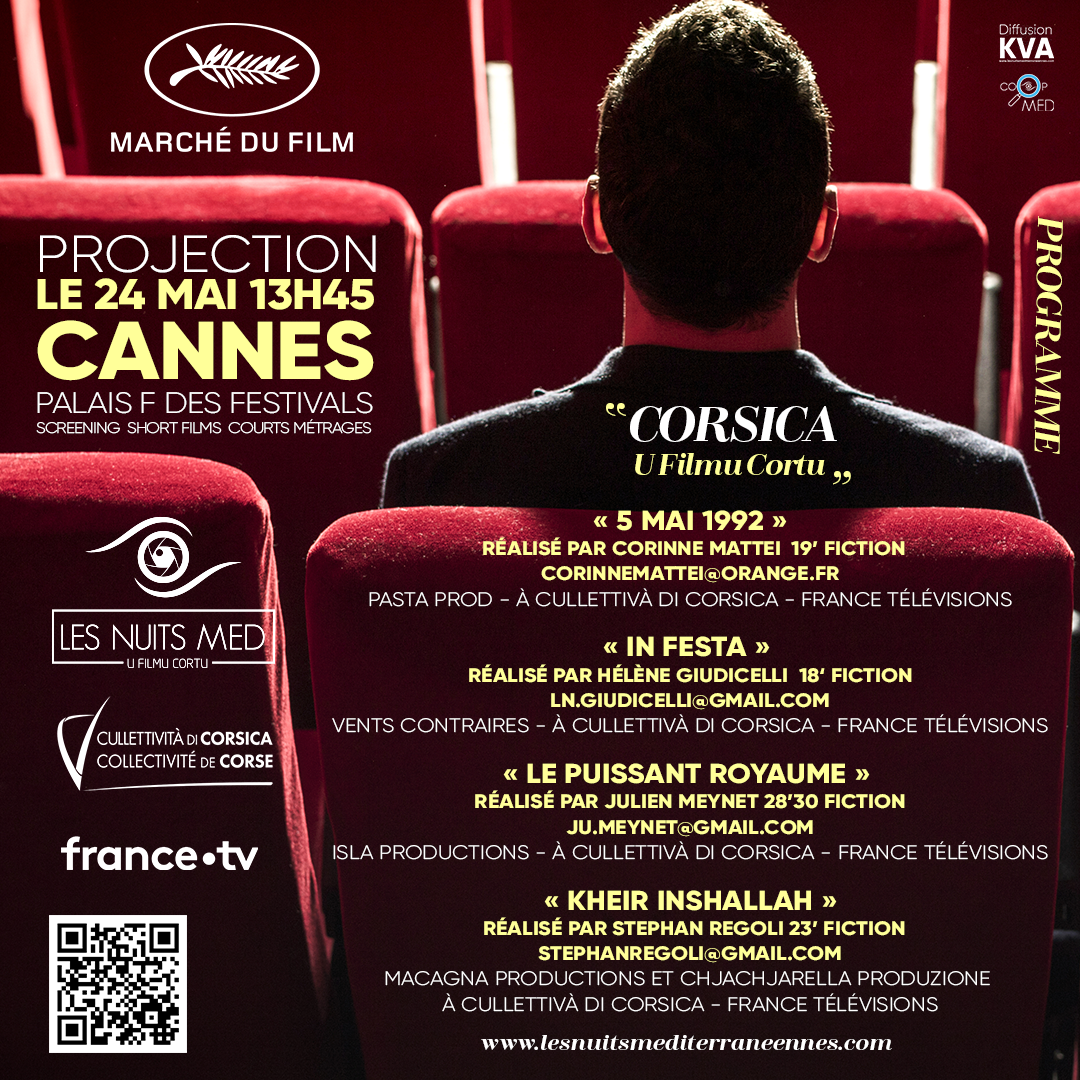 Corsica, 1994. A friendship is threatened when one joins a clandestine nationalist movement while romantic feelings grow.

Every Sunday in the mountains of Corsica, Jean and Matthias go hunting with their father, Petru. While they are preparing to hunt at dawn, a violent fight erupts between the two brothers.

Abdel 9 years old, and his father, illegal immigrants in Corsica, flee Bastia in the hope of realizing Abdel’s dream.